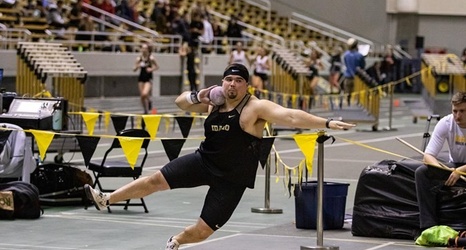 FARMINGTON, Utah – For the second time this season, Zachary Short has been named the Big Sky Conference Field Athlete of the Week, the conference announced on Monday.

At the Idaho Team Challenge held in the Kibbie Dome on Friday, Short easily won the men's shot put. He had a season's best mark of 19.49m (63-11.50), which is now 14th on the national performance list. He was previously first in the Big Sky Conference this season, but his new mark increased his lead on the man in second.