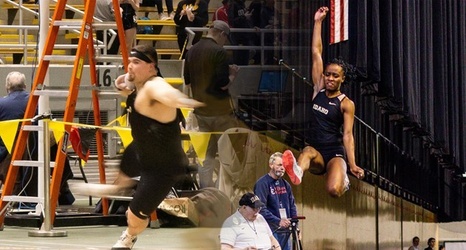 FARMINGTON, Utah – Zachary Short and Rechelle Meade have been named Big Sky Conference Field Athletes of the Week, the conference announced on Monday afternoon. Both athletes were honored for their performances at the Vandal Open which opened the season.

Short, the two-time reigning BSC Indoor Shot Put champion and current conference record holder, easily won the event at the Vandal Open. The senior's toss of 19.15m (62-10.00) was more than a meter and a half further than the runner up, teammate Grady Leonard. The mark also vaulted Short to No.