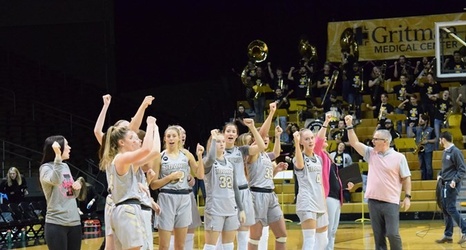 SACRAMENTO, California- The University of Idaho Women's basketball team (16-8, 11-5) improved to 11-5 in conference play with a 96-88 win over Sacramento State (8-18, 6-11) on the road in Sacramento Saturday, as Head Coach Jon Newlee earned his 300th NCAA Division I win. The Vandals scored 56 points in the first half on the way to a season-high 96 points. Idaho featured four players scoring in double-digits and two players with double-doubles. Freshman Beyonce Bea led Idaho with a career-high 30 points and 10 rebounds.

The Vandals opened the game on a 5-0 run following quick buckets from Gina Marxen and Natalie Klinker.