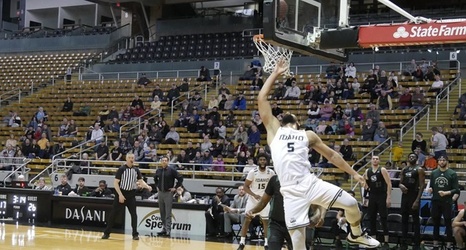 THE GAME
After Sac State got a quick basket to start the game, drilled a three-pointer to give the Vandals a 3-2 lead. However, the Hornets would take it right back with a layup by Osi Nwachukwu on their next possession. Ultimately SAC would not relinquish the lead again. After the visitors built a small cushion, a layup with 12:45 to play in the first brought the Vandals within two points, 10-8, before the Hornets would push their lead out to as many as 11.