Henderson Comes Back to Finish Degree 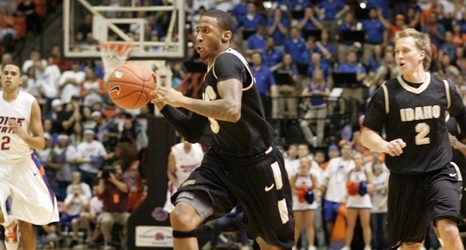 MOSCOW, Idaho – Shawn Henderson wrapped up his Vandal playing career in 2011, but recently came back to earn his degree from the University of Idaho. A 2020 graduate, Henderson wanted to finish what he started.

"Coming from where I come from, graduating college isn't the norm. We are known for basketball but not finishing school," said Henderson. "I wanted to be one of the few to go back and get it done. I wanted to set the bar for my son and the younger kids that look up to me."

A native of Renton, Washington, Henderson began his collegiate playing career at North Idaho College before playing two years with the Vandals.