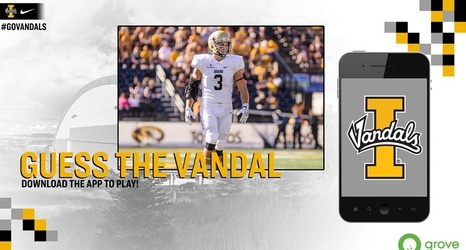 MOSCOW, Idaho - In this week's edition of Guess the Vandal, sponsored by The Grove, the featured Vandal is Kaden Elliss.

Elliss was a seventh-round selection by the New Orleans Saints in the 2019 National Football League (NFL) Draft. He has now spent two seasons with the Saints.

He was outstanding during his time with the Vandals. As a senior, he led Idaho with 16 tackles for loss and recorded a career-high seven sacks. As a sophomore in 2016 he led all FBS linebackers with five interceptions. A very versatile athlete, Elliss also spent time as a tight end with the Vandals.