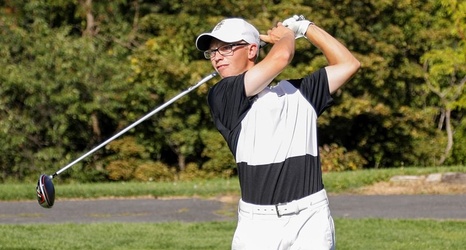 JURUPA VALLEY, Calif. – Joseph Glenn leads is tied for the tournament lead at 4-under at the Joust at Goose Creek, hosted by Cal Baptist. The Vandals finished the opening two rounds tied for sixth at 21-over.

Glenn began the day with a first-round 69 to sit in a tie for third. He opened with back-to-back bogies on 11 and 12, but responded well with birdies on 5 and 6 to get under par. He improved in the second round at 3-under 67 to move into first. Birdies on 14 and 15 got Glenn off to a strong start, and he eventually got to 4-under after birdies on the first and third holes.