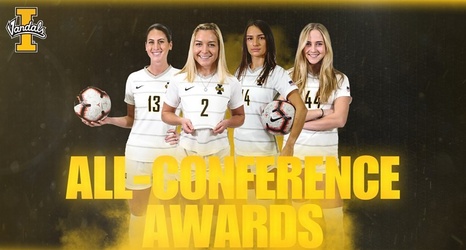 FARMINGTON, Utah – Four Vandals earned postseason honors as announced by the Big Sky Conference on Tuesday afternoon. Myah Merino was named the Co-Offensive MVP and earned a place on the First Team alongside Kaysie Bruce. Taylor Brust was named to the Second Team, while Margo Schoesler garnered Honorable Mention.

MYAH MERINO
Merino is a senior from San Marcos, California. This season she has four goals which is tied for the team lead and tied for fourth in the conference. She leads the Big Sky in shots with 30 and she has also chipped in one assist this season.