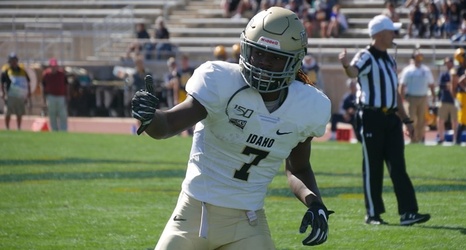 MOSCOW, Idaho – The annual Phil Steele Preseason All-Big Sky teams have been released and there are a lot of familiar faces for Vandal fans. Idaho football placed eight, including thee who earned first team recognition.

Christian Elliss and Tre Walker continue to lead the way for the Vandals and were both selected as first team honorees at linebacker. Both were also recognized last week by the conference during the Big Sky Football Virtual Kickoff. Cutrell Haywood, entering his junior season with the Vandals, took home first team honors as a punt returner.