Clevenger Named Coach of the Year 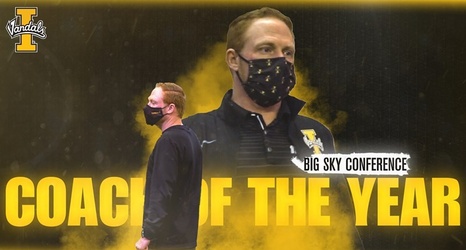 In his third season at the helm, Clevenger helped lead the Vandals to the No. 2 seed in the Northwest Division and a date with Northern Arizona in the Big Sky Semifinals. Idaho was picked to finish seventh in the conference prior to the season.

The team finished the conference slate of games with a 5-3 record. After being edged, 1-0, in a pair of games to eventual Northwest Division champs Montana, the Vandals went on to win five straight games, scoring multiple goals in all five.