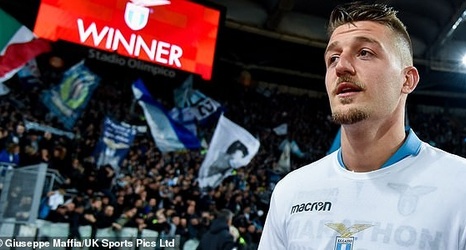 Premier League clubs Manchester United, Liverpool, Man City, Arsenal, Chelsea and the rest continue into day seven of summer transfer window as they look to bolster and reshape their squad for next season.

Elsewhere La Liga, Serie A, Bundesliga and Ligue 1 clubs are all preparing and completing deals as they await for their transfer windows to open so they can process the paperwork.

Throughout the day, Sportsmail will bring you all the latest transfer news from the top flight, the Football League and all across Europe.

United 'will make £20m bid for Longstaff this week'

As well as reshaping their attack, United are keen to add 'the next Michael Carrick' to their ranks.