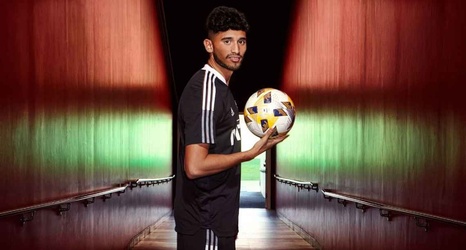 IN THE TUNNEL of Toyota Stadium, Ricardo Pepi poses during a photo shoot. The late morning feels perfect. The sun casts a shadow over a good part of the grass, which looks as green as anything that's ever been. The cool breeze rippling through the flags of Texas, the United States and FC Dallas makes it feel like the season is finally changing after another hot summer.

"Do something with your hands," the photographer tells Ricardo. His voice echoes through the tunnel, as does the sound of the camera.

Ricardo spreads his long arms to his side.