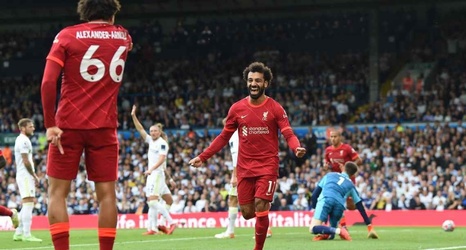 Liverpool showed the resolve of title contenders on Sunday with a comprehensive 3-0 win over a lively Leeds United at Elland Road.

The clash of two intense Premier League teams was alive and well in the first 20 minutes with some incredible back-and-forth action, but after Mohamed Salah gave Liverpool the lead, the visitors never looked back with Fabinho putting the game on ice early in the second half prior to a late Sadio Mane strike.

However, the story of the day was the nasty injury suffered by teenage sensation Harvey Elliott, with early reports indicating he sustained a broken leg.