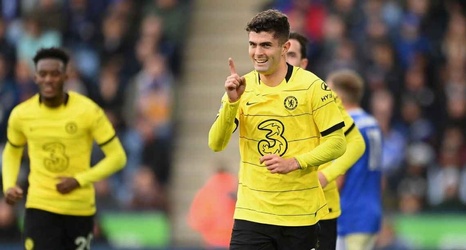 Chelsea surged six points clear at the top of the Premier League with a commanding 3-0 win over Leicester on Saturday.

Starting the weekend three ahead of Manchester City, Thomas Tuchel's men extended their advantage as Brendan Rodgers' Leicester suffered their fifth defeat of the season. Antonio Rudiger headed the opener on 14 minutes before N'Golo Kante added another and the returning Christian Pulisic grabbed a goal of his own in the second half.

Hosts Leicester brought in Daniel Amartey and Marc Albrighton to replace injured pair Youri Tielemans and Ricardo Pereira from the side that drew 1-1 at Leeds before the international break.