Preston North End 1-4 Hull City: Tigers come from behind to win at Deepdale 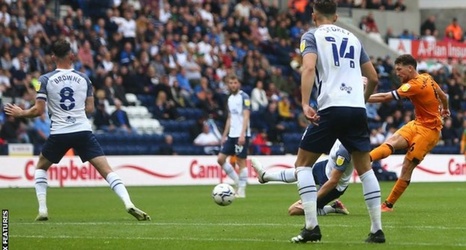 Hull City came from behind to thrash Preston North End at Deepdale as they made a flying start on their return to the Championship.

Having been promoted at the first attempt, last season's League One champions grabbed their first away win at this level since 1 January, 2020.

But it was a miserable afternoon for Frankie McAvoy in his first game as permanent Preston head coach.

McAvoy had taken 17 points from his eight matches in interim charge at the end of last season after replacing Alex Neil in March and was then given the job on a full-time basis.