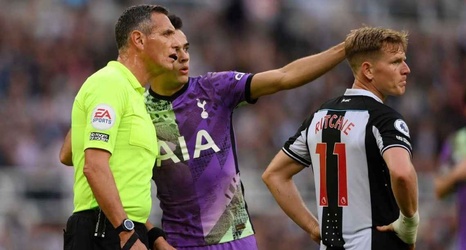 Newcastle United's Premier League game against Tottenham Hotspur at St James' Park on Sunday was halted due to a medical emergency in the stadium which led to both sets of players being taken off the pitch before half-time.

Tottenham were due to take a 40th-minute corner before fans in the Gallowgate Stand behind the goal signalled for play to be stopped due to an incident in the adjoining East Stand.

Players from both sides, aware of fans waving their arms and shirts in the East Stand, informed referee Andre Marriner, who consulted stewards and assistants before calling for both teams to enter the dressing room early.