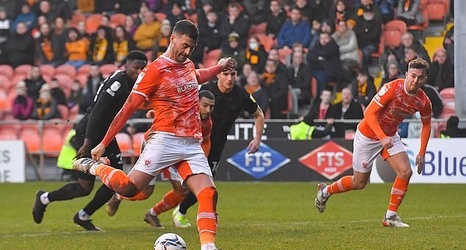 Hull supporters' old year ended with the dream news that Turkish businessman Acun Ilicali is on the verge of taking over but the new one opened with a Gary Madine penalty adding to their relegation woes.

Madine struck a flawless spot kick on the half-hour, hard, high and straight down the middle, after Jacob Greaves was judged to have tripped Josh Bowler just inside the Hull area.

That dampened the celebratory mood among the travelling fans who saw their team back in action after two Covid-19 postponements.

TV mogul and entrepreneur Ilicali announced live on his country's version of 'The Voice' that his £30 million takeover is imminent on New Year's Eve.