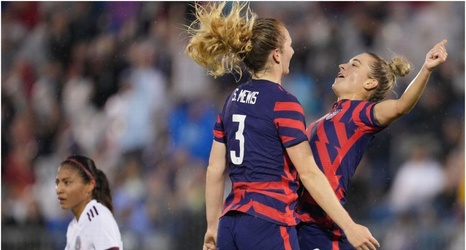 The United States women beat Mexico 4-0 in a friendly on a rainy night in East Hartford, Connecticut, in the the team's second-to-last tune up ahead of this summer's Olympics in Tokyo..

Mexico stood tall in the opening 20 minutes, but the U.S. went ahead soon after when Kristie Mewis set up her sister Sam to smash home from the top of the penalty area for a 1-0 lead.

Megan Rapinoe set up Christen Press for the Americans' second goal as the U.