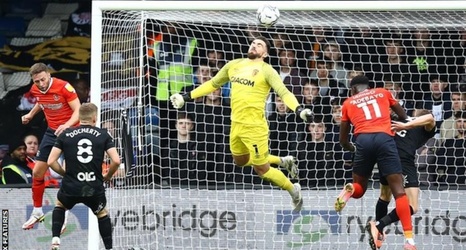 Luton Town continued their excellent start to the season as they beat struggling Hull City in the Championship.

Elijah Adebayo headed in his seventh goal of the campaign to put the hosts in front at Kenilworth Road but had to come off at half-time through injury.

Glen Rea almost doubled the lead from just outside the box before the break, but his low shot was well saved by Matt Ingram, while Luke Berry's deflected strike hit the post with the game goalless.

Hull rarely threatened home goalkeeper Simon Sluga, with only one of their 10 efforts on target.