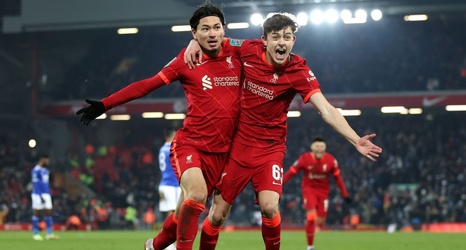 Liverpool beat Leicester City on penalties to reach the Carabao Cup semifinals after a thrilling 3-3 draw in regular time.

Diogo Jota fired in the deciding kick from the spot past Foxes keeper Kasper Schmeichel as the Reds moved on with a 5-4 scoreline.

The game went to penalties after Roberto Firmino's last-gasp goal in stoppage time levelled the affair at three goals apiece in an instant classic at Anfield.