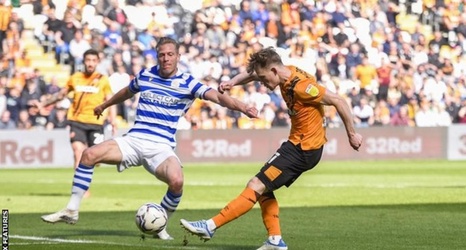 Reading's Championship survival was confirmed despite defeat at Hull as Peterborough lost at home to Nottingham Forest.

Two goals from Keane Lewis-Potter and one from Alfie Jones secured a 3-0 victory for the Tigers.

The Royals went into the game knowing three points would ensure they played Championship football next season.

But Posh's 1-0 home defeat ensures no team can better Reading's 41 points in 21st place, with Peterborough joining Derby County and Barnsley in relegation to League One.

Hull took the lead through the impressive academy graduate Lewis-Potter, whose unstoppable shot rifled into the roof of the net after he darted into the box from the left.