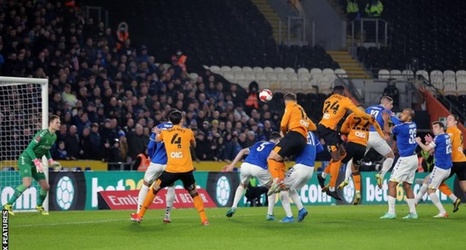 Everton fell behind inside 45 seconds to Tyler Smith's header but rallied to lead via Demarai Gray and Andre Gomes.

"It meant a hell of a lot. One thing we can say is we are still fighting," Townsend told BBC Sport.

"It seems in every game this season we've given ourselves a lot of work to do - we've either gone behind early or conceded a goal at some point," added the former England winger.