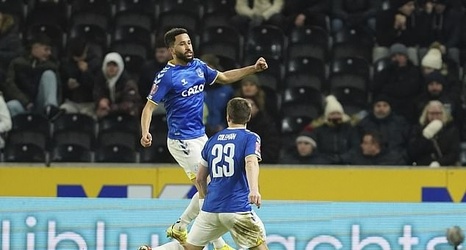 Andros Townsend's extra-time stunner saved Everton boss Rafa Benitez's blushes as they were taken to 120 minutes by a battling Hull side who ultimately lost 3-2.

The stage was set for an upset when less than 60 seconds into the contest Tyler Smith put Hull ahead with a powerful header from a free-kick.

Everton then shook off their rustiness and took control of the match. Demarai Gray scored a tidy equaliser after an interchange with Anthony Gordon, and Andre Gomes followed up with a header 10 minutes later to put Everton 2-1 ahead at half time.