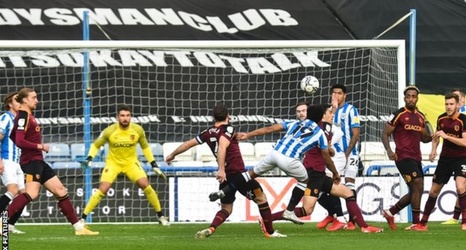 Huddersfield moved into the top six in the Championship after a goal in each half saw off struggling Hull City.

Tom Lees bundled the Terriers into an early lead after a Danel Sinani corner caused chaos in the Tigers' box.

After twice going close in the second half, Duane Holmes fired in a beauty to make it 2-0.

Huddersfield's fourth win in their last five home games moves Carlos Corberan's improving side into the play-off places, while a fourth away defeat for Hull keeps them just one point clear of the bottom three.