France rally for 3-2 win over Belgium in Nations League semis to set up final vs. Spain 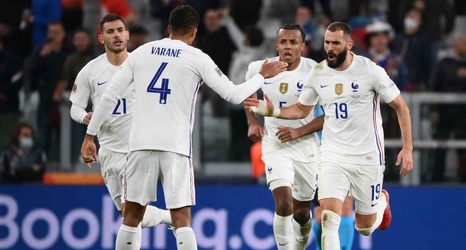 World champions France recovered from two goals down to beat Belgium 3-2 in a thrilling UEFA Nations League semifinal on Thursday with a last minute strike from Theo Hernandez, securing a place in Sunday's showpiece match against Spain.

Belgium thought they had won the pulsating contest minutes before the game ended, but Romelu Lukaku's late effort was ruled out for offside by VAR.