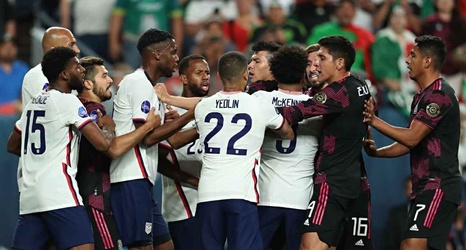 Yunus Musah had only heard about it. The fire. The intensity. The bags of urine flying from the stands like gross, golden grenades. Tall tales, you know? Lore. Musah had heard stories, but it wasn't until this summer that he finally saw a sliver of it with his own eyes.

It wasn't his fault he was unaware, either. Musah grew up in Italy, spending his youth soccer days playing in England. He is every bit as American as any other player on the U.S. men's national team -- he was born in New York -- but until June, when he was part of the U.