Championship round-up: Cardiff back to second, Derby and Villa draw, Barnsley out of drop zone 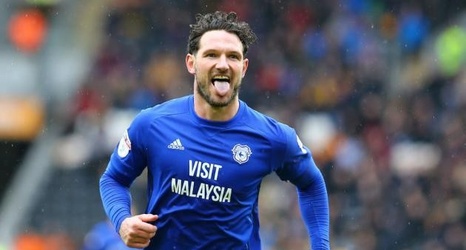 Cardiff took a huge step towards automatic promotion from the Championship as captain Sean Morrison scored a double to fire his side to a 2-0 victory at Hull.

The centre-back scored a goal in either half as the Bluebirds overcame a nervy start to set up a potential promotion party when relegation-threatened Reading visit next Sunday.

Fulham reclaimed second spot with a come-from-behind win over Sunderland on Friday night, but they are a point behind heading into their last game at struggling Birmingham.

Derby missed the opportunity to secure their play-off place as Aston Villa hit back to claim a 1-1 draw.