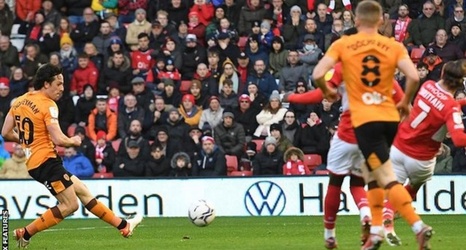 Hull City ended a run of five successive Championship defeats as their first away goals since the opening day of the season gave them victory at fellow strugglers Barnsley.

George Honeyman put the Tigers ahead by slotting home the rebound after Tykes keeper Brad Collins had prevented a deflection off Jasper Moon from finding the net for an own goal.

Barnsley beat Derby in midweek after a run of seven losses in a row, but their hopes of a second victory since the departure of former head coach Markus Schopp came to nothing in a disappointing performance.