Barcelona's decline is no surprise. As Pique says, 'it is what it is' 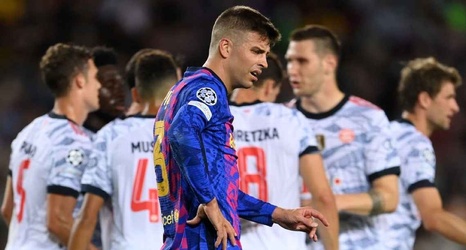 "It is what it is. We are who we are." Gerard Pique wasn't wrong, but that didn't make it right. In the final minutes of Barcelona's opening Champions League match, the fans were having a whale of a time. From the south stand came laughter. Every time the ball was passed, there was another cheer. But it had nothing to do with what was happening on the pitch: they'd found a ball of their own to play with. It was better that way.

Out on the pitch Barcelona were losing 3-0, defeated on the opening night of the Champions League for the first time.