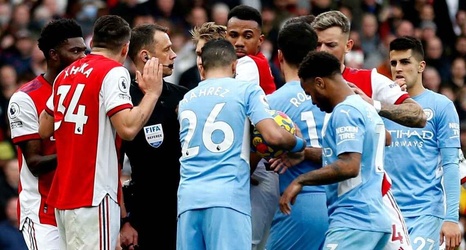 LONDON -- The good news for Arsenal manager Mikel Arteta is that a game many felt would be a landslide, a home clash against Premier League champions Manchester City, was in fact effectively decided in two minutes. The bad news is it was an error-strewn spell which underlines that for all the collective progress being made, individual errors remain an unwanted characteristic of his side.

In fairness, some of the mistakes in Saturday's 2-1 defeat to City were not even theirs. This was a game that will stoke the debate over precisely how VAR (video assistant referee) is used, specifically why referee Stuart Attwell was asked to look at Granit Xhaka's second-half challenge on Bernardo Silva at the touchline monitor and not Ederson's earlier tackle on Martin Odegaard.