Will Jadeveon Clowney play for the Houston Texans again? 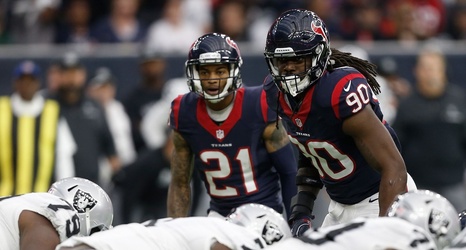 Are the Houston Texans going to trade pass rusher Jadeveon Clowney, or will they keep him as he continues to hold out thus far in the preseason? Will Clowney ever wear the uniform of the Texans ever again?

In this current game of who will hold out the longest, the Texans might just have played the wrong hand this time in the Clowney contract negotiations. NFL.com Insider Ian Rapoport is reporting that Clowney almost returned to the Texans, and then he didn’t because the franchise — who currently doesn’t have a sole general manager — wants (or wanted) to trade him this offseason because of his holdout situation.