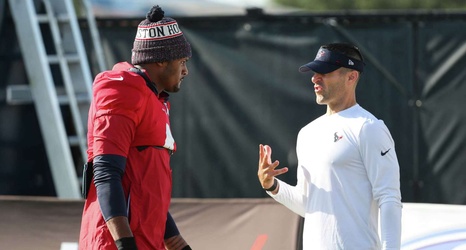 All along the Texans insisted they needed three first-round picks before they considered any trade offer for Deshaun Watson. The Browns met that requirement Friday.

In exchange for Watson and a fifth-round draft pick in 2024, the Texans will receive the Browns' next three first-round picks - which includes the No. 13 overall pick in next month's NFL Draft - as well as a third-round pick in 2023 and a fourth-round pick in 2024.

Texans fans had hoped any package for Watson also would include a young player in the deal, which didn't happen. So, was this a fair deal for the Texans?