Texans vs. Patriots: Excitement for Hopkins vs. Gilmore on Sunday Night Football 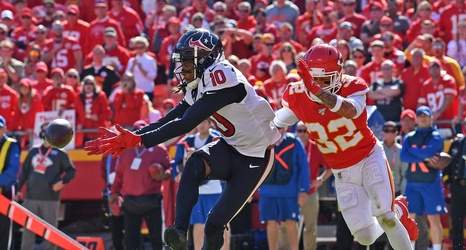 When DeAndre Hopkins of the Houston Texans and Stephon Gilmore of the New England Patriots line up opposite of each other on Sunday Night Football, a national audience will have the opportunity to watch two of the very best at what they do battle for four quarters in primetime.

The Texans have wide receiver DeAndre Hopkins on their side, and though he’s not playing at the level he did last season — in terms of his overall numbers — he is still the best wide receiver on the team and one of the very best in the entire league.