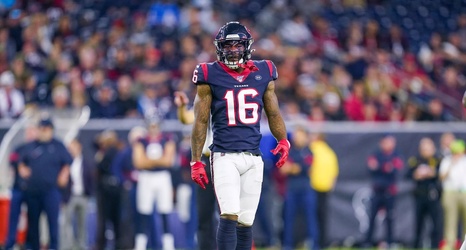 Houston v. Tennessee is set to get underway at 12 p.m. Here’s who won’t be playing for Houston when it does.

Bill O’Brien left and took the doghouse with him. It’s the second week in a row Keke Coutee has been inactive. Swing tackle Charlie Heck hasn’t been active yet this season, and still won’t be. And Houston will miss Jordan Akins ability to stretch the seam and soak up defensive backs once again.