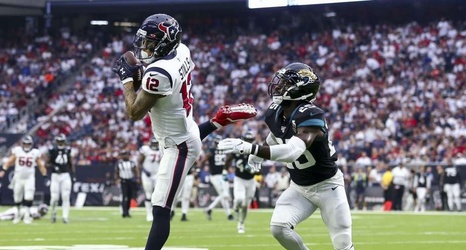 When the Texans executed a blockbuster trade with the Miami Dolphins, the draft capital they expended was primarily to land left offensive tackle Laremy Tunsil.

Veteran wide receiver Kenny Stills, part of the deal that included sending two first-round draft picks and a second-round pick to the Dolphins, has become a strong addition to the Texans' offense.

Stills is still learning the nuances of the playbook, but has caught up fast and has five catches for 75 yards and a touchdown on six targets. The Texans like Stills' speed (4.36 in the 40-yard dash) and work ethic.