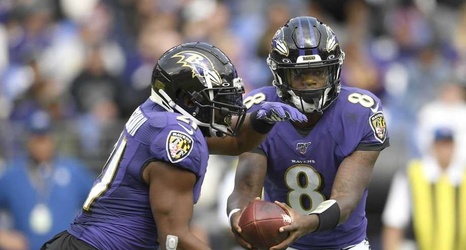 It's been dubbed the Heisman Package, which the Ravens unveiled Sunday during a 49-13 blowout win over the Cincinnati Bengals.

Against the Bengals, Jackson adeptly executed a fake handoff to Ingram before taking off downfield. He pitched the football to Griffin, who completed a 12-yard run.