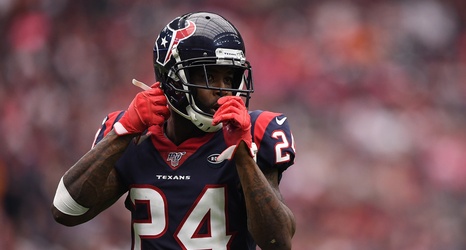 As a cornerback with the Texans, Joseph played in 133 games (128 starts) and had the following totals: