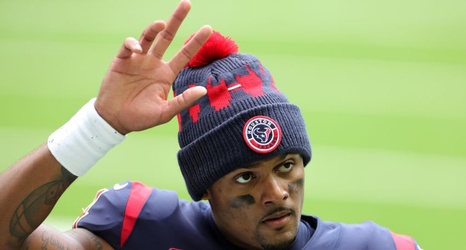 While the Texans could have moved disgruntled quarterback Deshaun Watson earlier in 2021, now’s not the time to do so, and they should dig in hard.

Sure, there’s a chance the Houston Texans and embattled quarterback Deshaun Watson finally sit down and iron out their differences heading into 2021.

But based on what we’ve seen this offseason, it certainly doesn’t look likely.

Watson wants to be traded, which is nothing new, and the Denver Broncos appear to be the latest intended destination.