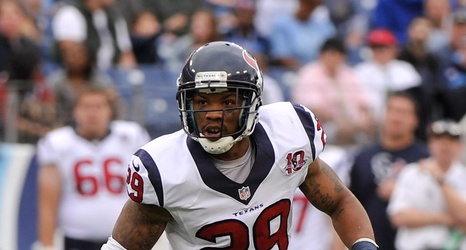 The gentleman in the picture accompanying this post is Glover Quin. Back in March of 2013, your Houston Texans decided they would be a better team if they let Quin, who at that point was a promising safety entering his prime, walk in free agency (where he quickly signed with the Lions) so they could pursue (and eventually sign) Ed Reed, widely considered to be the best safety of his generation, unquestionably bound for a gold jacket and a bust in Canton. Many Texans fans (including yours truly) were excited by the Reed acquisition, while smarter fans were far more skeptical that the Texans would improve by jettisoning Quin for Reed.