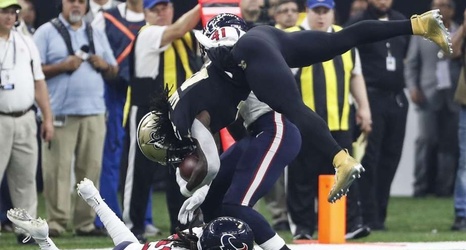 Signed to a one-year, $10 million contract in the offseason, Roby has the mobility and aggressiveness necessary to line up inside or outside. With Roby lining up inside, the Texans started rookie Lonnie Johnson Jr. at outside corner during a 13-12 win last Sunday over the Jacksonville Jaguars.

"We talked to him at the beginning of the week and told him that we needed him to play inside for us and he was more than willing," Texans defensive coordinator Romeo Crennel said.