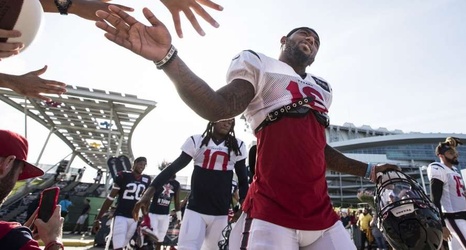 Coutee was limited in practice Thursday as the Texans filed their first injury report of the season after spraining his ankle during the first preseason game against the Green Bay Packers. He had chronic hamstring problems as a rookie and was limited to six games.