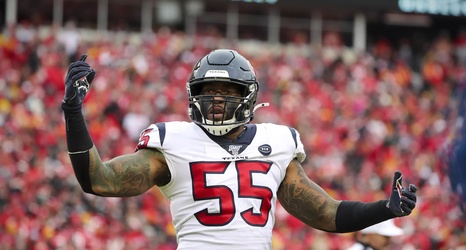 Your Houston Texans, in the first game of the Romeo Crennel Era, will see the following players sit out of this afternoon’s contest with the Jaguars:

On the other sideline, the Jags have decided that they’ll attempt to improve to 2-3 without the services of these six gentlemen:

Today's inactives against the Texans:

I’ll defer to the true Jaguars experts out there, but it seems to me that having to play defense without Josh Allen and Myles Jack is going to make things much, much tougher on Jacksonville.