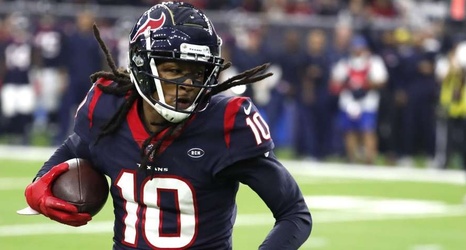 Hopkins earned an elite 99 rating for the Madden NFL 20 video game, which is based on performance and skills.

Hopkins is in rare company.

The players were revealed in a mural in Los Angeles designed by Jaime Guerrero.