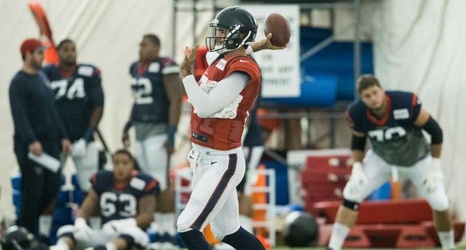 Dwayne "The Rock" Johnson is the star of the program, which ends this year after five seasons.

"It was dope," Hopkins said. "I had some help from some professional actors, but it was fun. Being around a group of guys like myself, first time acting, just vibing off each other."