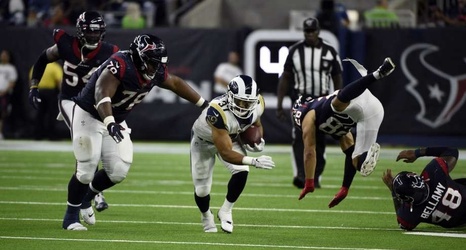 The Texans cut rookie defensive tackle Javier Edwards from the the practice squad, according to a league source not authorized to speak publicly.

Edwards was released as the Texans added defensive tackle Eddie Vanderdoes and cornerback Anthony Chesley to the practice squad, per sources

Edwards was cut by the Texans during the final roster cutdown and worked out for the Detroit Lions before being signed to the Texans' practice squad last week.

The Aldine Davis and Blinn Junior College graduate went undrafted out of Colorado.

At 6-3, 335 pounds, Edwards has the size and mobility that teams covet for a 3-4 nose tackle to anchor the middle of the defense.