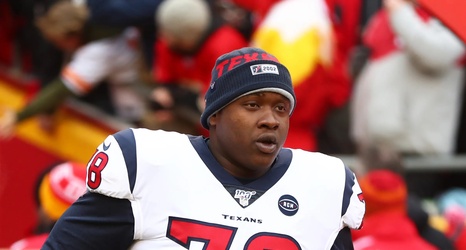 With so many players across the NFL shuffling to and from Injured Reserve every week, it can be easy to forget if a contributor is even eligible to play on a given Sunday. Never fear. In addition to the guys who are on IR and thus assured of not dressing for Houston’s Week Six tilt in Indianapolis this afternoon (like Laremy Tunsil and Tyrod Taylor), here’s a list of the other Texans who won’t suit up today:

The Texans’ continued insistence on deactivating Charles Omenihu remains infuriating. Also a bit surprised to see Danny Amendola inactive; could that mean Nico Collins will be some sort of focal point within Houston’s offense in his return to action today?