Texans' Bradley Roby on next three weeks: 'See what you're really made of' 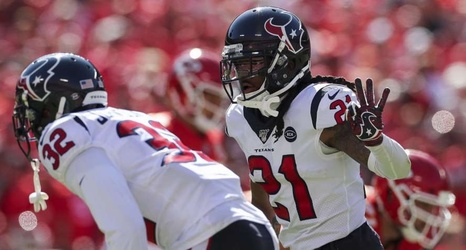 The Texans are about to learn a lot about themselves, including whether they're heading to the playoffs or watching the postseason.

With three games remaining in the regular season, the Texans are an enigma. They impressively defeated the defending Super Bowl champion New England Patriots a week ago before being blown out by the Denver Broncos on Sunday.

The Texans are tied with the Tennessee Titans in the AFC South division heading into Sunday's road game in Nashville, Tenn., They end the regular season at home against the Titans with a game against the Tampa Bay Buccaneers in two weeks.