Texans' Bill O'Brien on Imelda: 'I think we made out OK' 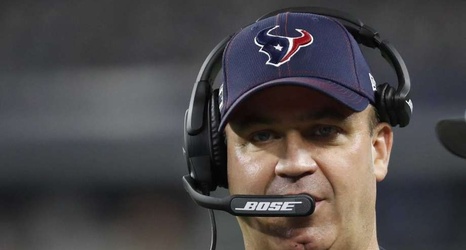 The Texans' players, coaches and staff were largely unaffected by the massive flooding caused by Tropical Depression Imelda.

The Texans conducted practice Thursday, moving up the start time due to the storm. Director of team security Brent Naccara checked on several people Thursday night to ensure their safety as the Texans prepare for a Sunday road game against the Los Angeles Chargers.

"Had a normal day, moved practice up a little bit," Texans coach Bill O'Brien said Friday. "I know it's a tough time. This rain has been unbelievable. I think we made out OK.

"I think we got a little bit of luck with where the majority of them (players) live.