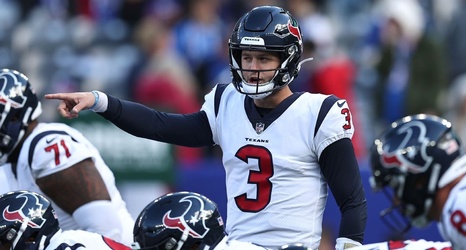 The Houston Texans have benched starting quarterback Davis Mills, with backup quarterback Kyle Allen stepping in for Sunday's game against the Miami Dolphins, a source confirmed to ESPN on Wednesday.

The benching comes on the heels of Mills' worst performance of the season Sunday in a 23-10 loss to the Washington Commanders. Against the Commanders, Mills completed 57.6% of his passes for 169 yards and two interceptions, including a pick-six on the opening drive.

Texans coach Lovie Smith had declined to name a starting quarterback during his Wednesday news conference, saying he didn't want to "give the opponent an advantage.