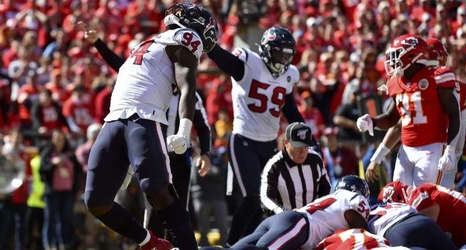 McKinney dove between two Chiefs lineman and wrestled for the ball to recover a clutch fumble forced by rookie defensive end Charles Omenihu that led to a Deshaun Watson touchdown run in the first half.

"At the end of the half, that was a great play," Texans coach Bill O'Brien said. "I thought there were a lot of really good hustle plays.